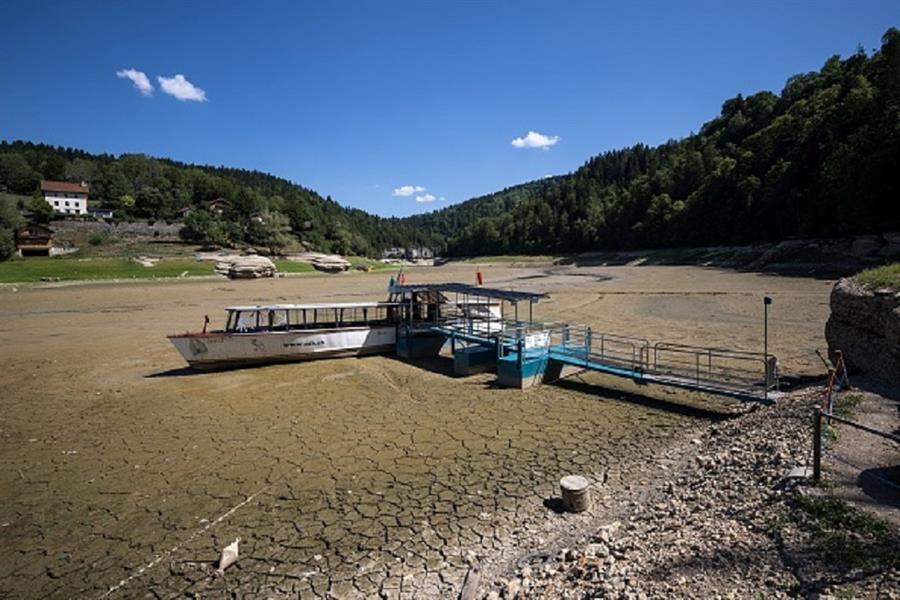 France’s Environmental Transition Minister Christophe Bechaud announced Friday that “more than a hundred towns in France currently no longer have drinking water,” describing the drought in the country, like other European countries, as “historic”.

In France, 93 out of 96 regions are subject to water consumption restrictions to varying degrees, while 62 regions are in “crisis”.

Last July was the second-highest month in terms of drought, and it has not been recorded since March 1961, and this was accompanied by a decrease in precipitation by 84% compared to normal rates in the period between 1991 and 2020.

The minister stated that in most areas that suffer from a shortage of drinking water, “the supply operations are carried out through water trucks… since there is nothing left in the canals.”

“The whole bet is to tighten some restrictions,” he added during a visit to the southeast of the country.

On Friday morning, Prime Minister Elizabeth Bourne activated a ministerial crisis cell to look into the “historic situation that a large number of regions are going through.”

Countries in the European Union, such as France, are experiencing a heat wave and drought.

On Wednesday, the Dutch authorities announced a “severe water shortage”, and warned that new measures might be taken.

It is expected that droughts and water shortages will increase in the future and become more severe, according to the European Commission, which called on member states to learn ways to reuse treated water.

Al-Nasr continues its training .. and announces the injury of “Al-Ghanam” in the connective muscle

News 24 | Including the equipping of mobile police stations.. The Ministry of Interior signs contracts for new projects for public security (video)

With a value of 330 million riyals.. Prince Khaled bin Salman announces the signing of the contract to operate Aden General Hospital